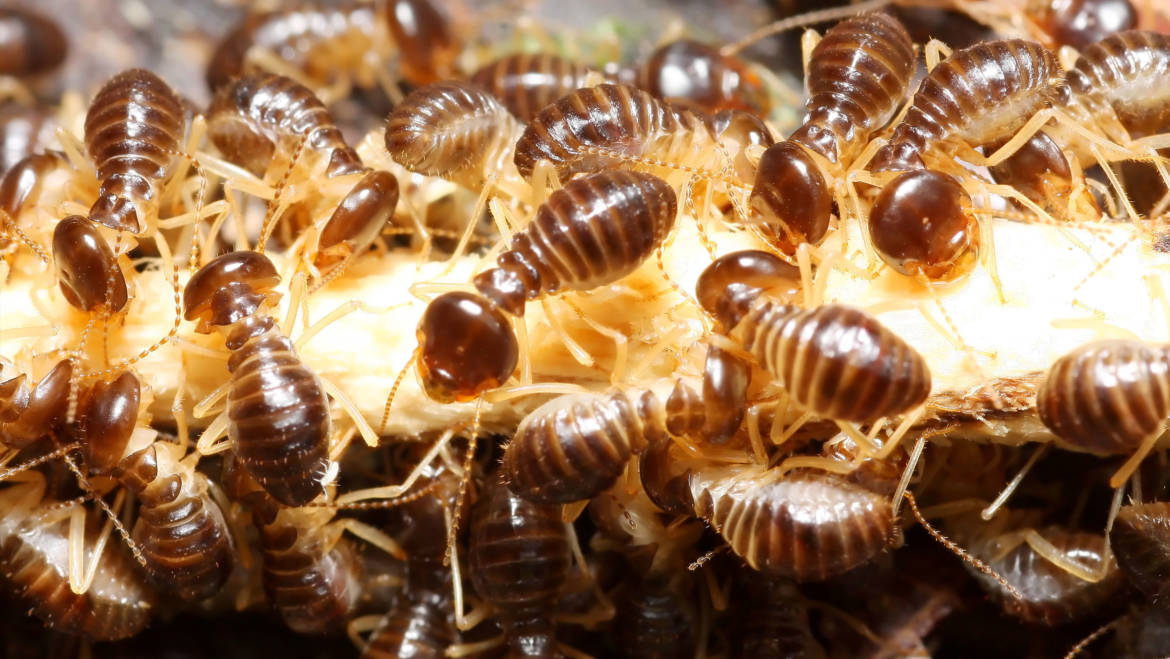 Termites are eusocial insects that are classified at the taxonomic rank of infraorder Isoptera, or as epifamily Termitoidae within the order Blattodea (along with cockroaches). Termites were once classified in a separate order from cockroaches, but recent phylogenetic studies indicate that they evolved from cockroaches, as sister to Cryptocercus. Previous estimates suggested the divergence took place during the Jurassic or Triassic, however more recent estimates suggest they have an origin during the early Cretaceous with the first fossil records in the mid Cretaceous. About 3,106 species are currently described, with a few hundred more left to be described. Although these insects are often called “white ants”,[4] they are not ants, and are not closely related to ants.

Like ants and some bees and wasps from the separate order Hymenoptera, termites divide as “workers” and “soldiers” that are usually sterile. All colonies have fertile males called “kings” and one or more fertile females called “queens”. Termites mostly feed on dead plant material and cellulose, generally in the form of wood, leaf litter, soil, or animal dung. Termites are major detritivores, particularly in the subtropical and tropical regions, and their recycling of wood and plant matter is of considerable ecological importance.

Termites are among the most successful groups of insects on Earth, colonising most landmasses except Antarctica. Their colonies range in size from a few hundred individuals to enormous societies with several million individuals. Termite queens have the longest known lifespan of any insect, with some queens reportedly living up to 30 to 50 years. Unlike ants, which undergo a complete metamorphosis, each individual termite goes through an incomplete metamorphosis that proceeds through egg, nymph, and adult stages. Colonies are described as superorganisms because the termites form part of a self-regulating entity: the colony itself.[5]

Termites are a delicacy in the diet of some human cultures and are used in many traditional medicines. Several hundred species are economically significant as pests that can cause serious damage to buildings, crops, or plantation forests.